Yes, you heard it.  Yet another installment of Dear Internets and things I learned. 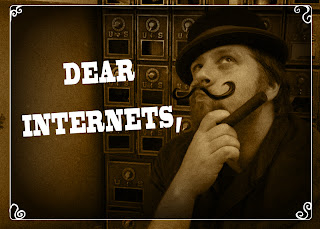 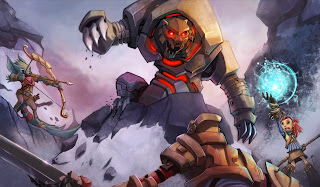 Here is a game that died.  This was back in 2008.  Along the way, many challenges both professionally and emotionally were met.  This job made me realize that you can truly see the very best and worst of the same person.  You can fight, bicker, heal, and figure your way though a ton.  We had many many great artists, designers, and staff working on this game but it all came together a bit too late to sustain what we were hoping to accomplish.  This was the project that I probably learned and grew the most from as a human being. Since the videos are all published and on the web, I will show you but a small section of the work I got to make and some lessons along the way. 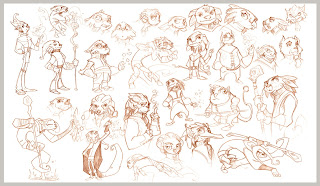 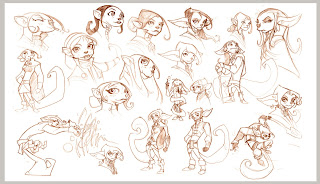 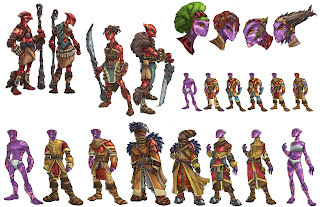 Aw, my first lesson.   I had just gotten off a game studio full of attitudes and everyone telling each other (in not the most constructive matter) where they could "stick it".  In many ways I brought some of this with me and have taken away many lessons on how to let that attitude and problem go.    I foresaw many issues regarding where the game was headed and even though I turned out to be very right in this case, I  had a case of young man tact.  Ergo: none.  So lesson one, you can be right and you can be wrong but people will respect and allow mistakes if you handle any situation with integrity and constructive communication. A very hard lesson to integrate and fully comprehend at first.  Basically, the sum outweighs the part. 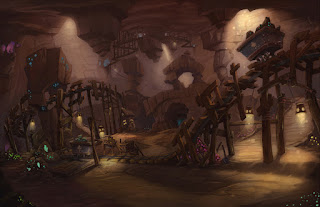 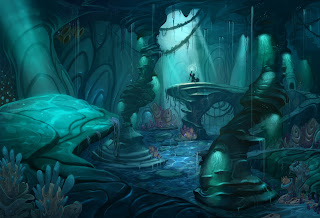 I think this was a healthy dose of understanding how much work truly has to be done on a project.  This is where I learned that there are 2 types of artists/designers/writers/producers/etc etc.  Those that reminisce about how awesome they once were or that one time they made a cool thing spending far too long patting oneself on the back.....and then the other type.  The ones concerned with pushing the proverbial rock further uphill.  The ones outdoing themselves, trying to outdo the expectations of others.  Asking for a clear path to growth and bettering a project.  Plus -ing it.  A valuable lesson to see my Art director and art lead push me and try to break me out of any comforts I found myself in.  As a freelancer and entrepreneur now, I try to adhere to the same ideals we set up then. 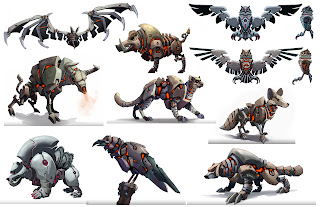 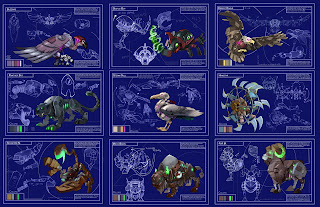 Yeah, inter office politics are the worst.  Hands down.  To the point of high school cliques.  It was a strange and damaging system.  By the time we found the right people to fix it, lines were drawn and people had sided.  A real shame since we had so much coolness and great people.  As a bonus lesson: don't hold grudges, it's silly and there's not enough time on this planet to carry that weight with you.  If you are on the front end of this political game, try to ease up, not that many people are truly out to get you.  If you are the receiving end, don't flame the fires.  Inter office personalities is a big piece of the puzzle called a career not many speak about. To pretend that inter office squabbles and politics isn't around is sheer lunacy if you have any group that meets beyond just one person.  Sheesh, even one artist can have dual personalities.  I often find it strange that so many artists know this part of the job but rarely acknowledge it's existence.  I believe you are fooling yourself.  To me it's better to acknowledge and find healthy ways of dealing with it then pretending it doesn't exist.  Worst yet, you create a naivety that allows yourself to either be manipulated or abused.  Stay alert and always do the right thing.  How you handle adversity, others, criticism, and interactions all stem from you you are as a person.  Studios will test this.  Learn about being an artist and your craft but not at the expense of being human.  You can't be an artist without it.


ALWAYS DO YOUR BEST 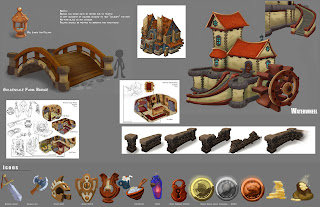 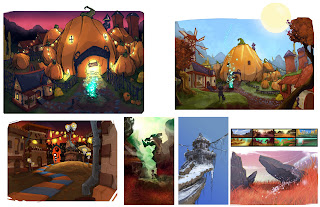 At times this project hurt.  To the point of going home and gnawing away finger nails in failure and fatigue.  Other days, dizzying highs.  This is where I learned that production is a fickle and crazy beast.  I believe you must find a way to deal with that stress.  We changed styles often, changing full levels and directions mid sentences.  If you do your best each day given the information, ability, and chance you have, you MUST accept it and yourself.  You will improve both mentally and physically as an artist in time.  Everyday, put your best foot forward.  When that day is done, be happy and move on.  There is always more to life then that screen and that job.


So there you go.  Some lessons, some art.


Have a great weekend.