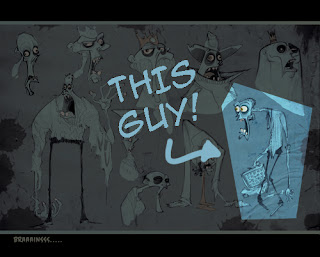 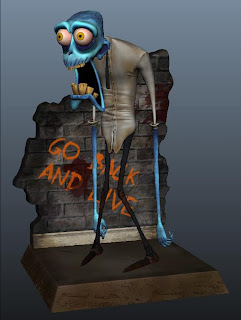 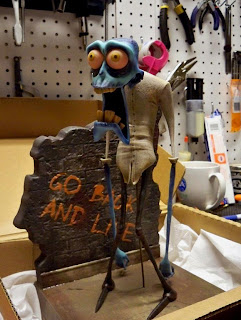 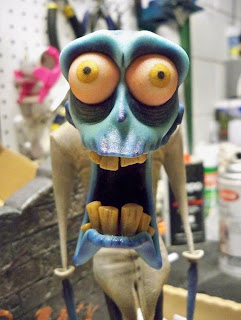 
Like many of us, I have been creating art (of sorts) since early childhood, but my love of animation was sparked when I saw the video "Money for Nothing" on MTV. Even though the animation was primitive, compared to current standards, I was immediately intrigued by this "new style." Years later, I attended Full Sail University and received my Associates of Science in Computer Animation degree.
After graduation, I worked full-time for three years at MG Studios, creating character and environment models, and animating for a children's program. During this time, I also worked on my own line of artwork, which was inspired by traditional Japanese mythology and art, but is more whimsical, and futuristic/steampunk in style. I've enjoyed featuring and selling my artwork at several events.
I have also worked with Shocker Toys developing a 3-D version of their toy, the “Shockini”. Next, I worked with Mihn Kieu Architectural Design's architects to model various buildings from AutoCAD blueprints for multiple business presentations. I'm also the co-owner of Agi Agi Studios, where I have modeled 3-D versions of several toys for rapid prototyping using character sheets.
Deciding to build upon my education, I returned to Full Sail University to earn my bachelor's degree. With a lot of hard work and applying to jobs like it was my full time job, I finally landed a job at Electronic Arts, where I worked on various models for Tiger Woods on all platforms from XBOX, PS3, Wii and PC.

She did an amazing fun job!  She shared this with me and am begging and pleading to get a copy myself ;)  We'll see how it goes.   Thanks Michelle for making this!

Show her some love!

Can I have one, too?

Awesome! She worked really hard on it, and it turned out super nice :-)

Agreed, she did fantastic

Hey Michelle,
Awesome Job! Can I have one too?

Hey Guys! I'm glad all of you like how Zombie turned out! :D Thanks for the compliments! It was a super fun project and props to Brett for letting me use his amazing concept!

It’s super site, I was looking for something like this
2d animation studios