Not entirely sure what to do for the SIGGRAPH demo I'm doing at the Wacom booth tomorrow.  Here are some random doodles as I think about what to showcase.....  Suggestions welcome
Oh, here's a list of all the folks attending and showing thanks to CTN and Tina Price.

10AM – Brett Bean - As a freelance character designer for clients that include Disney TV, Nerd Corps, Wizards of the Coast and Disney Interactive, Brett brings 10 years of design experience to the table. Bretts recently funded graphic novel, “Spaced Out – The Story of Fil & Mantis will be coming out later this year.
1PM - Armand Serrano – Celebrating more than two decades in the animation industry, Armand currently hangs his hat at Walt Disney Animation Studios. His film credits include Hotel Transylvania, Lilo and Stitch, Cloudy with a Chance of Meatballs, Mulan and many more.
2:30PM – Jason Scheier – A visual development artist for DreamWorks Animation SKG, Jason has had the opportunity to use his artistic talents in the creation of several films including Kung Fu Panda, Megamind, Turbo, the Croods and Rise of the Guardians. 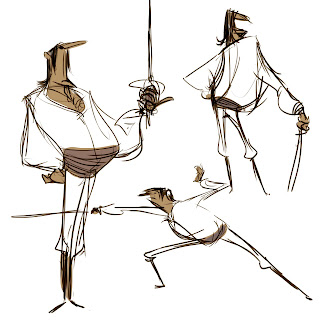